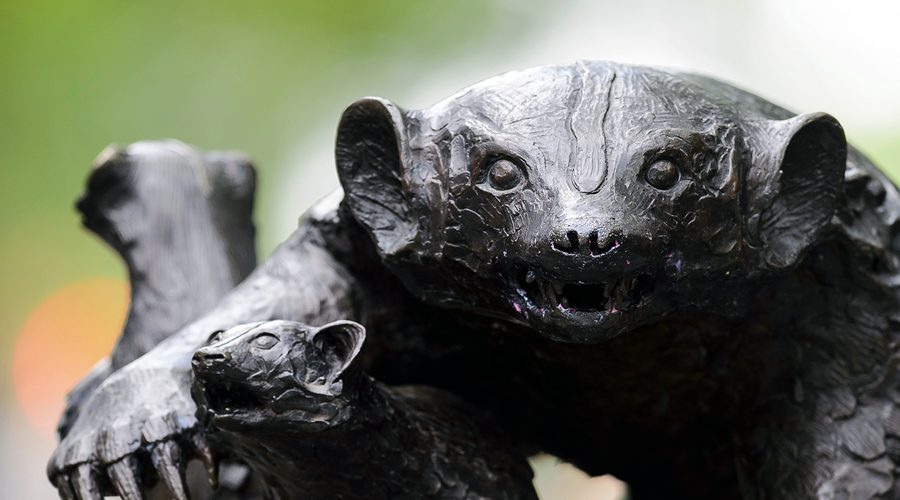 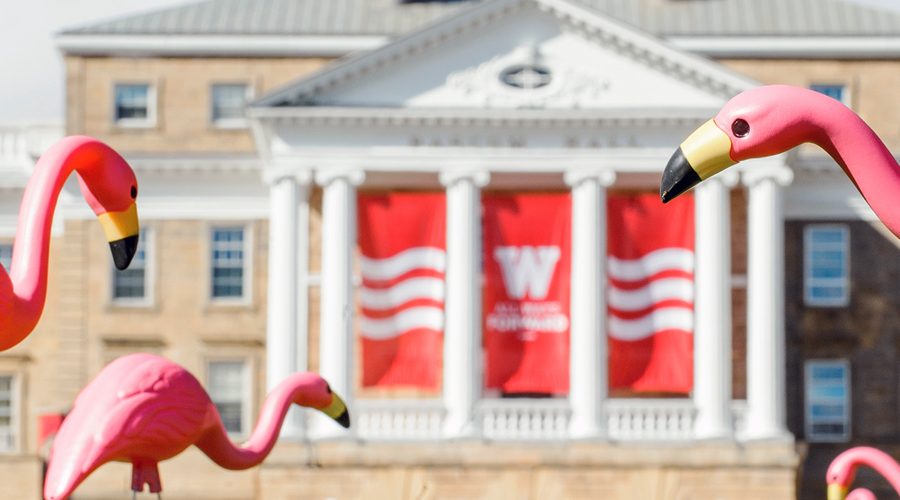 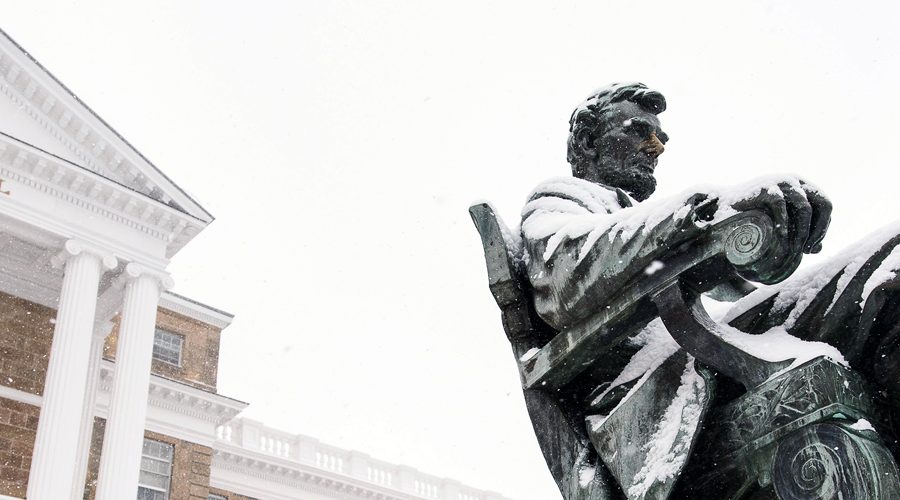 We might be badgers, but around here you'll find we also have a fondness for flamingos and an affinity for Abe.

As one of the icons on campus, Bascom Hall, at the top of Bascom Hill, is often considered the “heart of the campus.” Built in 1857, a decorative dome that once sat atop the structure was destroyed by fire in 1916. The structure has been added to several times over the years. The building currently houses the office of the chancellor and vice chancellors. Bascom Hall is listed on the National Register of Historic Places as a contributing building within the Bascom Hill Historic District.

The hill is crowned by Bascom Hall, the main administration building for the campus. Near the main entrance to Bascom Hall sits a statue of President Abraham Lincoln. The first university building, North Hall, was constructed on Bascom Hill in 1851 and is still in use by the Department of Political Science. The second building, South Hall, was built in 1855 and is now used by the administration of the University of Wisconsin College of Letters and Science. The original buildings were designed by the architect John F. Rague.

This website uses cookies to improve your experience while you navigate through the website. Out of these cookies, the cookies that are categorized as necessary are stored on your browser as they are essential for the working of basic functionalities of the website. We also use third-party cookies that help us analyze and understand how you use this website. These cookies will be stored in your browser only with your consent. You also have the option to opt-out of these cookies. But opting out of some of these cookies may have an effect on your browsing experience.
Necessary Always Enabled
Necessary cookies are absolutely essential for the website to function properly. This category only includes cookies that ensures basic functionalities and security features of the website. These cookies do not store any personal information.
Non-necessary
Any cookies that may not be particularly necessary for the website to function and is used specifically to collect user personal data via analytics, ads, other embedded contents are termed as non-necessary cookies. It is mandatory to procure user consent prior to running these cookies on your website.
SAVE & ACCEPT